INFINITI of Dayton carries an impressive selection of new and pre-owned cars, crossovers and SUVs in Centerville. No matter what vehicle you might have in mind, we’ve got the perfect fit for you.

Total Loan Amount: $
Monthly Payment: $
*Payment does not reflect or include Sales Tax or Fees. See Dealer for full details. Payment calculator is for example purposes only, and in no way does it constitute as an offer to sell a particular vehicle, or advertise a price.

INFINITI of Dayton carries an impressive selection of new and pre-owned cars, crossovers and SUVs in Centerville. No matter what vehicle you might have in mind, we’ve got the perfect fit for you.

Three-row luxury SUVs like the INFINITI QX60 and Acura MDX have grown immensely in recent years. Providing the practicality of more mainstream SUVs, but with greatly improved luxury and driving dynamics, it's easy to see why more and more Centerville families are choosing luxury crossovers.

The INFINITI QX60 and Acura MDX are two of the most popular vehicles in their segment, and are frequently compared due to their similar size and mission. But which of these luxury three-row SUVs comes out on top for Dayton families? We're going to compare features and design of the QX60 vs MDX to help Ohio shoppers decide which one should be their next family SUV.

Both the INFINITI QX60 and Acura MDX are three-row luxury SUVs, and offer a wide range of interior luxury features, as well as refined driving experiences. While some of their features can seem similar, there are some important differences that separate the QX60 and MDX.

For Ohio families shopping for a family SUV, interior space and convenience are two of the most important considerations. Both the QX60 and Acura MDX have third rows for extra seating, but the INFINITI's is easier to access. That's due to their unique tilt and slide second row, which allows the second row seats to tilt forward and slide, even if there's a car seat attached. For parents who have had to juggle multiple car seats while accessing the third row, this feature is a major favorite.

Moving up to the Luxe brings premium sound and other luxury upgrades, and allows Centerville buyers to equip the QX60 with INFINITI's suite of advanced driver aides, bundled in the ProAssist and ProActive packages. With available stop-and-go adaptive cruise control, lane keeping assist, drive by wire, and other features, it's never been easier to cruise the highway or deal with your commute. INFINITI's semi-autonomous driving has been widely praised by reviewers and owners alike. 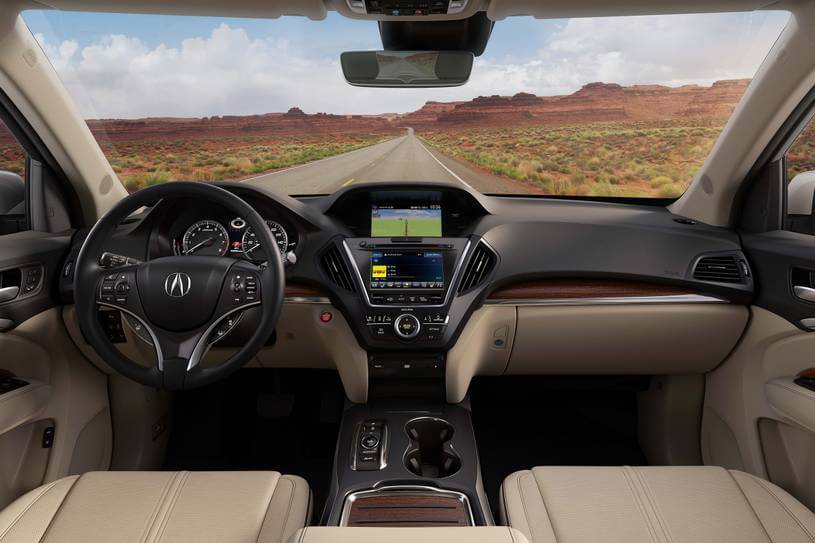 As you can see, both the INFINITI QX60 and Acura MDX come with plenty of tech and safety features to keep Dayton owners satisfied. However, Acura's driver aides don't quite rise to the level of the INFINITI system. Both vehicles offer a variety of packages to add luxury and technology features, but the Acura's price quickly outpaces that of the INFINITI QX60.

Test Drive the QX60 at an INFINITI Dealer Near You

Choosing a luxury SUV can depend on a lot of factors, but none more important than personal preference. The best way to get to know the vehicle you're shopping is to try it for yourself. At INFINITI of Dayton, located at 299 Loop Road in Centerville, OH, we have a great selection of INFINITI QX60 models for you to test drive today. Dayton families will enjoy the quiet, comfortable ride, as well as the interior luxury features mentioned above. It's far from an exhaustive list, so contact us about our inventory to learn about the different options packages available.

At INFINITI of Dayton, we offer a luxurious dealership experience, with a professional, no-pressure staff. With great amenities and a wide selection of true luxury INFINITI SUVs, we are the Miami Valley's top choice for INFINITI cars and SUVs. Check out our specials & inventory, and give us a call today to schedule your test drive of the INFINITI QX60.